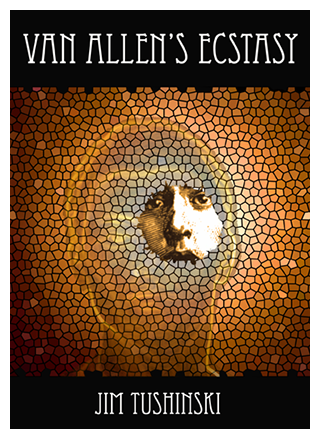 A richly imagined and beautifully written story of family, obsession, and one man's search for identity.

Born into an extraordinarily talented family, Michael is the son of a well-known concert pianist and an equally famous painter. All his life, he has yearned for the talent and creativity that should have been his birthright but have somehow been denied him. When he wakes up in a mental hospital, his memory gone, his former life erased, his doctor tells him of his screaming breakdown during one of his father’s performances.

Van Allen's Ecstasy is the story of Michael's journey in search of his former self. As he pieces together his forgotten life, Michael uncovers jealousy, obsession, and secret desires that threaten to destroy his sanity once again.

In Van Allen’s Ecstasy, Michael finds himself precariously balanced, teetering on the thin line between obsession and insanity. Why was he institutionalized? Why can't he remember his life, his family, his identity? Did he go over the edge by himself, or was he manipulated by someone else? And who is "Sasha," the ghostly presence that haunts him with mysterious advice? Exploring the misty remnants of his former life, Michael searches for the answers that will either free him to face reality or send him careening over the brink of insanity.

Returning to the apartment he used to share with Paul, his lover, Michael discovers traces of his former life, including the journal he'd been hiding away from everyone. In its pages, his agonizing journey in search of home, reconnection, and love begins to take shape. But what is the destination: redemption or madness? Van Allen's Ecstasy will keep you wondering until the very last page.

Currently out of print in paperback and hardcover.

Tushinski's debut novel is a HARROWING AND COMPELLING descent into one man's world of interior rage, self-reconstruction, and reconciliation with the world. Tushinski's prose, bold and transformative, demands close reading, and rewards it.

Richard Labonte
Books To Watch Out For

ASTONISHING...RIVETING...The reader is guided forward by Tushinski's clear-eyed, luminous prose. Amazingly, we participate in Michael's journey toward self-knowledge in a way that feels totally authentic and emotionally true.

TAUT AND GRIPPING...will have the reader literally gasping with shock... A masterful tale well told.

A PASSIONATE NOVEL ABOUT THE PASSION OF CREATIVITY....Explores the mutable boundaries between genius and insanity, and between obsession and delusion. This tale of a man who yearns to make his mark through music is by turns wry, spooky, and aching.

Using his narrator's memory gaps and obsessions, Tushinski creates his own synaesthetic symphonies and strange new melodies, a music of mania and loss. Van Allen's Ecstasy is A COMPELLING CONTRIBUTION TO THE LITERATURE OF MADNESS AND IDENTITY.

Stephen Beachy
Author of The Whistling Song and Distortion

DARKLY LUMINOUS....Tushinski's novel evokes one young man's discovery of and longing for the mystic chord into which he would transform his life. Van Allen's Ecstasy risks austerity and an expressive restraint too challenging and complex to be mistaken for plainness.

Peter Weltner,
Author of The Risk of His Music and
How the Body Prays 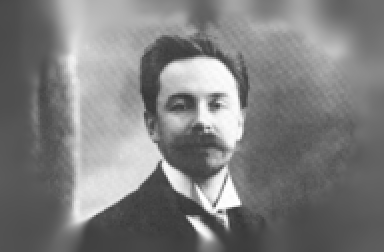 Alexander Scriabin was a Russian composer and pianist best known for 10 piano sonatas and four large scale symphonic works, including Le Poème de l'extase (1904). Scriabin is unique in the annals of Russians music for his refusal to use traditional folk songs and rhythms. Instead, Scriabin created his own tonal system that embodied a bizarre patchwork philosophical system he derived from Theosophy and Hinduism. Highly regarded in Russia, where he is considered Chopin's equal, Scriabin was dismissed as a novelty in the West until the latter part of the 20th Century when renewed interest in his piano compositions created a flood of performances and recordings.

In Van Allen's Ecstasy, the character of Michael Van Allen becomes obsessed with Scriabin's 5th Piano Sonata and suffers a nervous breakdown during his father's performance of the piece in a concert hall.

While familiarity with Scriabin's 5th Sonata is not required to appreciate Van Allen's Ecstasy, here is an .mp3 file of the piece for interested readers.

A Note on Sources

While I have used Scriabin in a fictional context, I attempted to stay as close to the facts as possible. I relied on several books and articles for the details of Scriabin's life, primarily Scriabin: A Biography by Faubion Bowers, a rewarding and vastly entertaining work which contains the translations of some of Scriabin's notebooks and poetry that I have quoted and paraphrased in this novel. Other works that helped me understand Scriabin's philosophy, music, and times include Scriabin: Artist and Mystic by Boris de Schloezer (translated by Nicolas Slonimsky), Scriabin by Alfred J. Swan, Daily Life in Russia Under the Last Tsar by Henri Troylat (translated by Malcolm Barnes), Faubion Bowers' preface to the Dover Press score of Scriabin's Poem of Ecstasy and his translation of Scriabin's poem in the same volume, Hugh Macdonald's liner notes for Giuseppe Sinopoli's 1988 recording of Poem of Ecstasy with the New York Philharmonic, and Nicolas Slonimsky's insightful article in the San Francisco Symphony's program for the January 1995 performance of Poem of Ecstasy.